Searching for Peace: The difficult and dangerous journey to seek asylum in the United States, Part I

Editor’s note: This two-part blog series is a brief first-person look at the journey taken by a person seeking asylum in the United States. It was written by Adrián Rodríguez Alcántara, a plaintiff in the ACLU Foundation of San Diego & Imperial County’s class action lawsuit, Rodríguez Alcántara vs. Archambeault.

My name is Adrián Rodríguez Alcántara, and I am from Cuba. My partner, Yasmani, and I are gay, and I am HIV positive. Unfortunately, Cuba is a dangerous place for people like us. In October 2018, we made the difficult choice to flee from our home, our country and our families, in search of peace and safety.

There are many like Yasmani and me who have risked their lives to seek protection in the United States. It’s not easy to leave everything you know behind, only to come face-to-face with one danger after another. It’s something one does only out of necessity.

When we left Cuba, we didn’t know what to expect. We had never left our country, and we had limited resources. Once, after several hours crossing Guyana in South America by bus with other migrants, we came upon a military roadblock. Six armed officers wearing bullet-proof vests forced us off the bus and then they robbed us. The officers made us take off our clothing and they threatened us. Sadly, and very frightened, we let go of our money and our belongings. I saw them make a naked woman bend over and an officer stuck his hand in her private parts to take the money she had hidden there. When they got all they could, they allowed us back on the bus and we continued our trip.

We crossed Brazil and then Peru. When in Peru, Yasmani and I were in a taxicab when an armed man dressed as a civilian got into the cab with us. He asked where we were from, but we didn’t answer out of fear. Three cars appeared and surrounded us, one of them was a Peruvian police car. Officers got us out of the taxi and took us to a street nearby, off the main avenue. We begged them to not hurt us, but our tears and our fear did no good. We gave them our money and they let us go, but I could not shake the fear. That short walk back, of only a block or two to the main street felt like an eternity. I was sure they were going to shoot us in the back. I thought of my mother, who had died a few years earlier, and I asked her spirit to protect us. 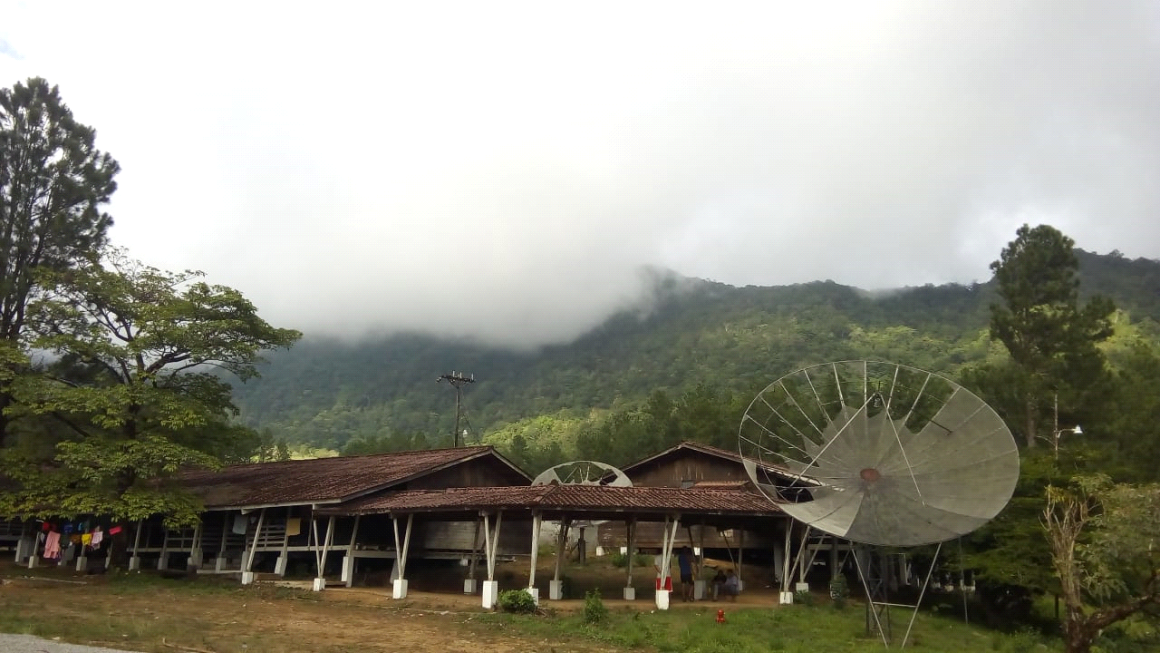 We had no other choice but to continue our journey. We crossed one country and another until we reached the city of Necocli in Colombia’s northeast corner. Boats leave from here on a river to navigate through the Darién Gap, a remote, roadless jungle on the border of Panama and Colombia. 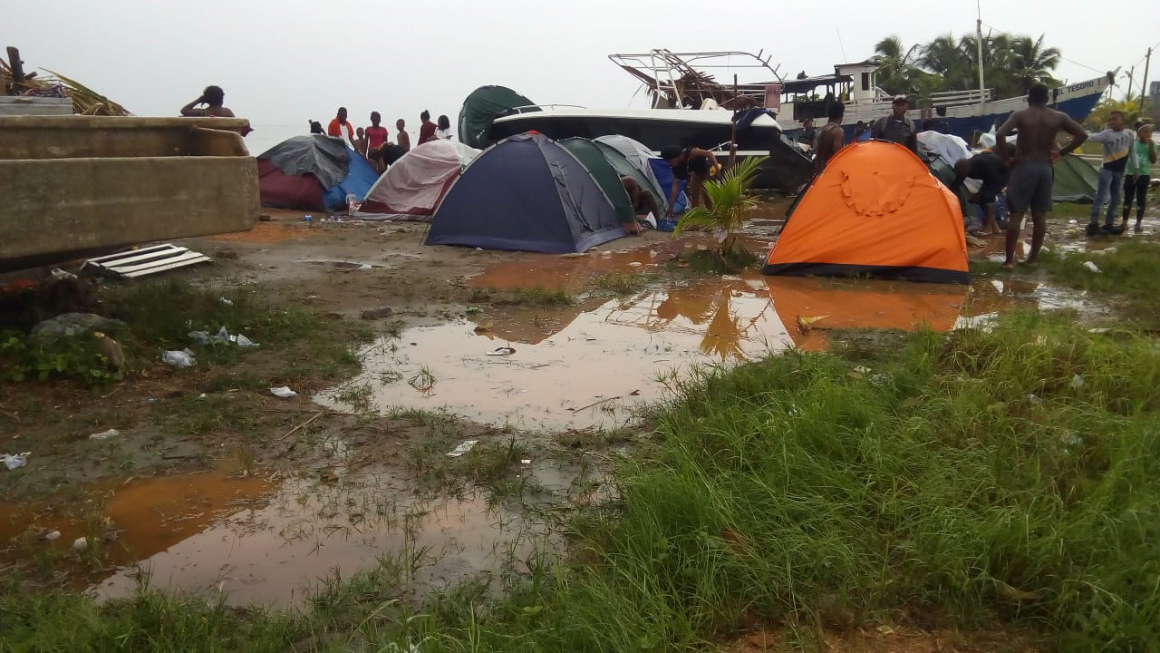 There were a lot of people waiting their turn to get on a boat. Yasmani and I waited for days to enter the dangerous jungle by boat. Later, we spent days walking up and down huge mountains, without any food and very little water.

We wore high boots and long-sleeved shirts to protect us from the mud, water and bugs. We were so tired and hungry, that even the clothes we were wearing felt heavy. We couldn’t have any lights on at night so as not to attract jungle animals, like anacondas, crocodiles and monkeys. The safest place to sleep was near the river, despite the dangers in the water and the potential of drowning if the tide rose in the early morning. 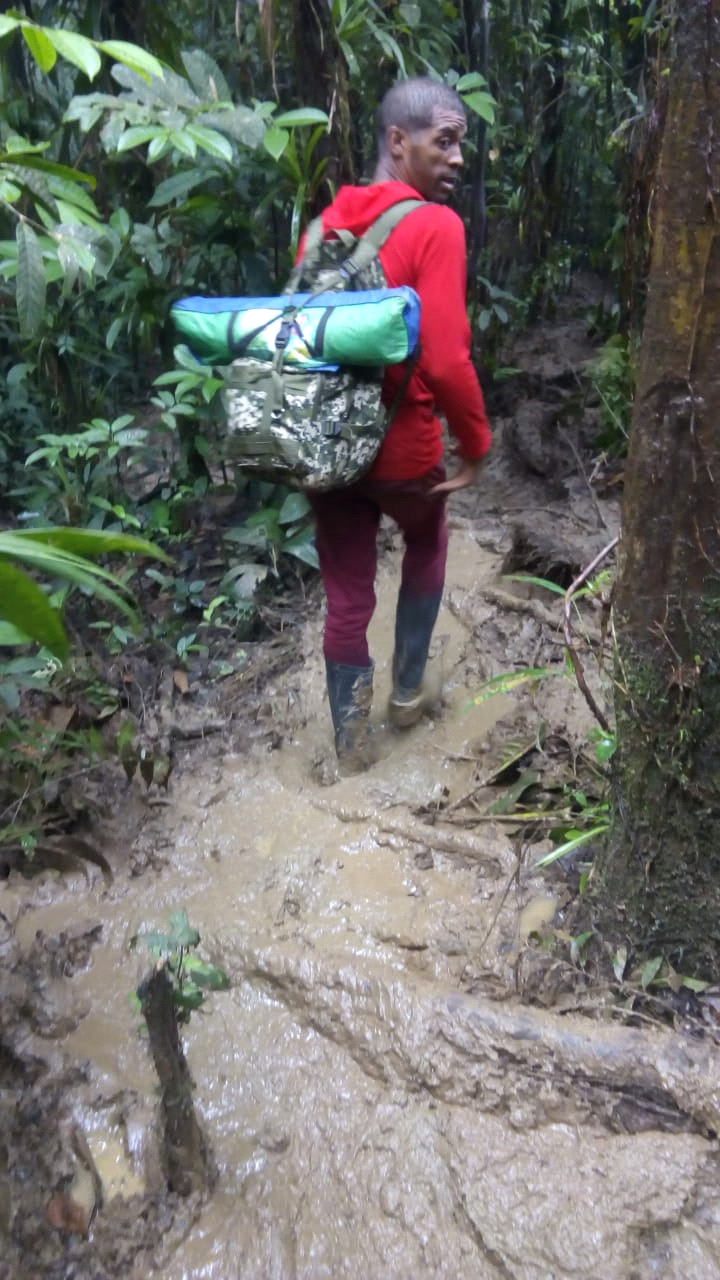 We crossed the jungle with many other people who were also fleeing their home countries in search of safety. Our seven-day journey through the Darién Gap was guided by the belongings left behind by other migrants. We spent seven days in the jungle.

In Panama, we stayed at several migrant camps. Then, we crossed Central America and Mexico until we arrived in Tijuana in July 2019. We had covered 12 countries and we felt the exhaustion of having crossed so many countries.

In Tijuana, a friend told us about this famous “list” at the San Ysidro port of entry that we needed to add our names to so we could wait our turn to request asylum in the United States. We added our names to the list on July 19, 2019. They were barely calling numbers starting with 2600, and our number was 3702. We knew it wouldn’t be easy to get to the United States to request asylum, but we never thought we’d be forced to wait in Mexico, where we also encountered dangerous situations.

During our time in Tijuana, we went to legal assistance workshops. There, I spoke with a volunteer attorney named Erin Barbato, head of the Immigrant Justice Clinic at the University of Wisconsin. I told her our story hoping she might take our asylum case. A few months later, Erin confirmed that she would represent us in our immigration cases, which was a great relief.

While in Tijuana, we were unable to move our case forward or work. Our lives were paused, just hoping to be able to request protection in the United States. We were frustrated, confused and frightened. Why were they doing this to us when we’re people with really big hearts? Didn’t they know that we had left everything behind in a search for nothing other than peace and safety?

We overcame the impossible only to arrive at the doorstep of the United States not knowing that when we arrived, they would say that, for now, the doors were closed to us.

Our number was finally called on Jan. 15, 2020, nearly six months after adding our names to the list. But our journey did not end there.