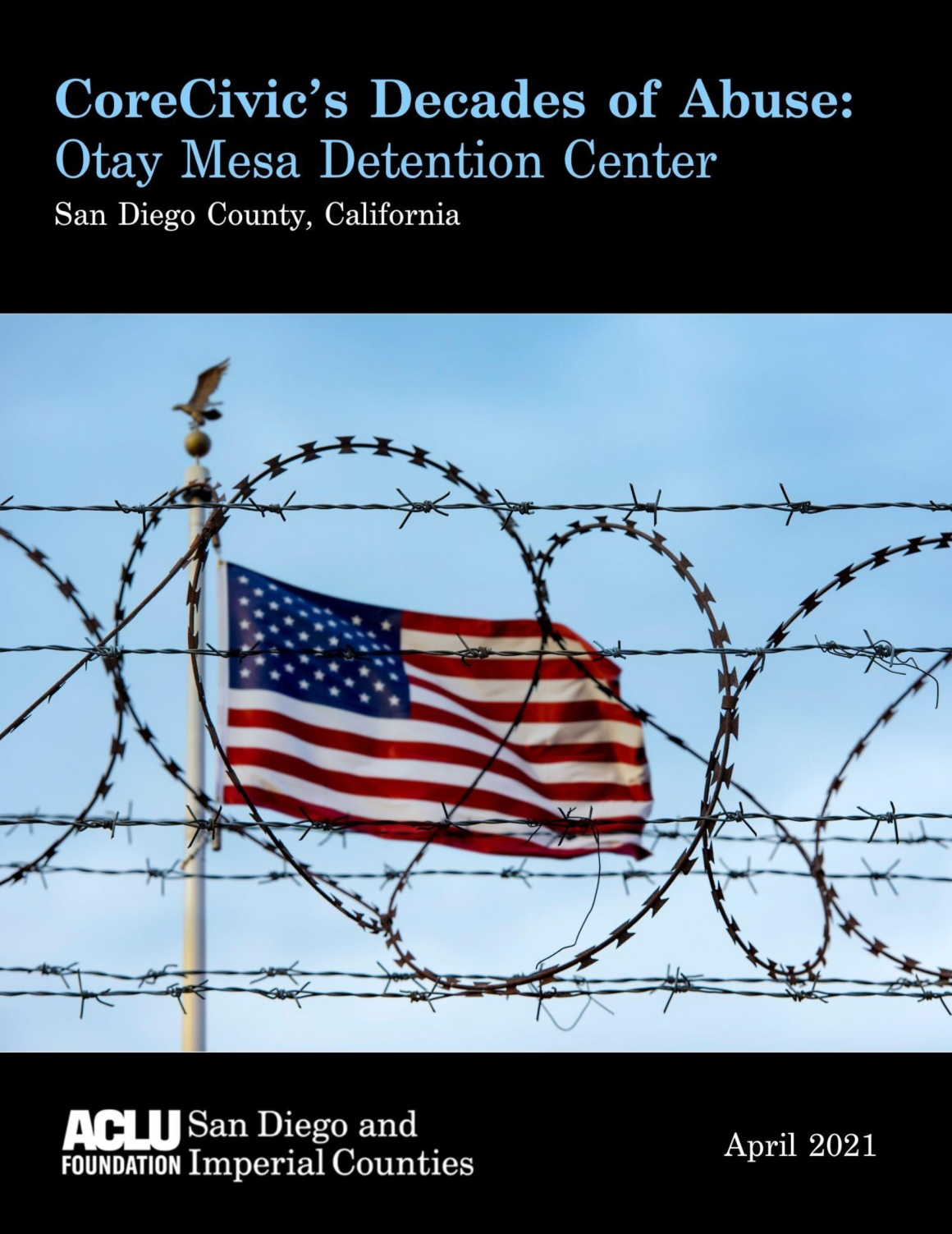 Our country’s over-reliance on privatized, mass systems of incarceration is rightfully under scrutiny. In the context of immigration detention, advocates have long asserted that it is inhumane to use prison-like facilities to lock up people who are pursuing lawful avenues to remain in the United States.

Yet for 25 years, a seemingly punitive detention system has increasingly been imposed on individuals who are facing civil immigration proceedings. In 1994, the United States confined roughly 6,700 people per day in immigration detention. By 2019, that number had exploded to more than 50,000 per day.

Private prison corporation CoreCivic’s role at the helm of the Otay Mesa facility stems from a confluence of structural factors and government policies over the past several decades, including:

As a result, corporations like CoreCivic now wield enormous power over the lives of people deprived of their liberty by the government.

This Issue Brief examines how these factors have played out at the Otay Mesa Detention Center, a facility near the international border in San Diego, California, owned and operated by the private prison corporation CoreCivic. The Brief describes how CoreCivic went from near financial ruin to a company that receives tens of millions of dollars annually to operate the Otay Mesa facility, reaping profits while inflicting misery on the people it detains, the staff it employs, and the community it occupies.

More importantly, the Brief seeks to put faces on the harms inherent in immigration detention and private prisons generally. By amplifying the stories of people who have claimed abuse by CoreCivic, the Brief is also intended as a resource to support calls from currently and formerly detained persons, advocates, and lawmakers for an end to oppressive, unnecessary, and inhumane systems of incarceration. And by aggregating the complaints levied thus far against CoreCivic in Otay Mesa, the Brief aims to assist those demanding accountability for private prisons’ treatment of immigrants in detention.

Download a copy of the Issue Brief by clicking below.