SAN DIEGO – Vigilant against the potential for similar laws and abuses in California and the border region, the San Diego ACLU commended the ACLU of Arizona and fellow civil rights organizations who filed suit challenging Arizona SB 1070 this morning. (See Arizona's press release and complaint.)

The lawsuit, Friendly House et al. v. Whiting et al., charges that the Arizona law unlawfully interferes with federal power and authority over immigration matters in violation of the Supremacy Clause of the U.S. Constitution; invites racial profiling against people of color by law enforcement in violation of the equal protection guarantee and prohibition on unreasonable seizures under the 14th and Fourth Amendments; and infringes on the free speech rights of day laborers and others in Arizona. 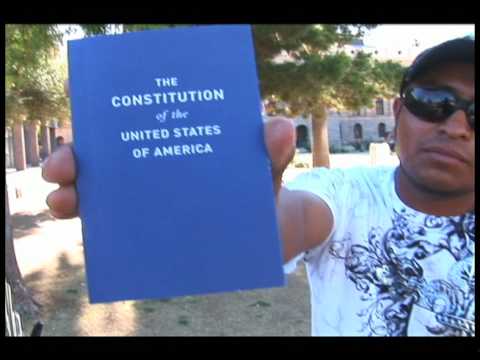 To help prepare for the lawsuit, the ACLU of San Diego and Imperial Counties sent a staff member, Denise Serrano, to Phoenix for five days. Upon her return to San Diego yesterday, Serrano said, “Our fears were confirmed. Even though the law has yet to go into effect, individuals in Arizona are reporting they are being selectively targeted and asked to show ‘their papers.’”

The San Diego ACLU remains concerned that the Arizona law could begin to affect California, especially in the border region.

“What happens in Arizona must stop in Arizona,” said Kevin Keenan, executive director of the ACLU of San Diego & Imperial Counties. “It is imperative that we help our neighbors for their own sake but also to prevent any spillover effect in California.”

Keenan cites the fact that some of the most anti-civil liberties statements in support of the Arizona law are coming from our own backyard. San Diego Congressmen Bilbray and Hunter both have made extremist and irresponsible comments about immigrants, including the claim that one can tell an immigrant by the clothes or shoes they wear.

The ACLU has pledged to be vigilant against abuses in the San Diego and Imperial region. The ACLU asks members of the community to report any harassment or unfair selective enforcement by calling the ACLU office at 619.232.2121 or filing a written complaint.

What to do if you're stopped by the police or law enforcement .