It's Time to Stop Drownings in the All-American Canal

It doesn’t have to be this way.

Each year men, women, and children are drowning in the All American Canal in Imperial Valley who could be saved if simple measures were taken—measures that are supported by both Congressman Bob Filner and former Congressman Duncan Hunter. More than 550 needless drowning deaths have occurred in the All American Canal, which supplies water to San Diego.

Those dead include migrants, tourists, and law enforcement personnel. But, because these deaths are associated with unauthorized immigration, the Imperial Immigration District has lost its will to act. This is ruthlessly inhumane and a danger to the entire community. No matter what the immigration status of some of the victims, the District should take reasonable safety precautions to save lives and prevent deaths in the water that flows into San Diego. 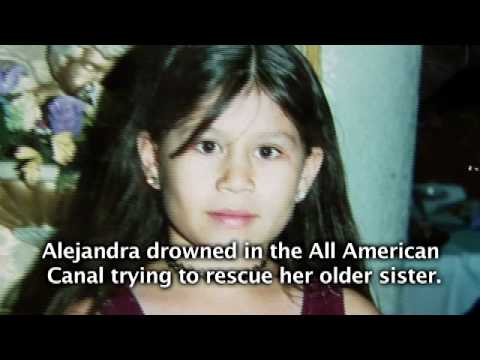 A group of concerned citizens, led by John and Laura Hunter of Water Station, first contacted the Imperial Irrigation District in 2001 asking that the canal be fenced and that ropes and buoys be strung along the canal to mitigate the then growing number of drowning. The board initially approved the idea, but got cold feet when told that such safety measures might encourage people to cross. Never mind that the fencing would have kept people out of the canal. Of course, without these simple measures, people have continued to cross and die while the District is now consumed by a bureaucratic game of “shift the blame and dodge responsibility.”

Your action is needed prior to the Imperial Immigration District meeting on Tuesday, November 17, 2009.

Click here to Take Action and Save a Life TODAY!

ACLU Sues for Drastic Reduction in Population of Overcrowded Otay...