History of the ACLU

Founding of the ACLU 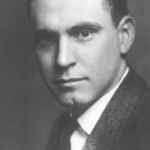 When Roger Baldwin founded the ACLU in 1920, civil liberties were in a sorry state.

Citizens were sitting in jail for holding antiwar views. U.S. Attorney General Palmer was conducting raids upon aliens suspected of holding unorthodox opinions. Racial segregation was the law of the land and violence against blacks was routine. Sex discrimination was firmly institutionalized; it wasn’t until 1920 that women even got the vote. Constitutional rights for gays and lesbians, the poor, prisoners, mental patients, and other special groups were literally unthinkable. And, perhaps most significantly, the Supreme Court had yet to uphold a single free speech claim under the First Amendment.

We must remember that a right lost to one is lost to all. The ACLU remembers and it acts. The cause it serves so well is an imperative of freedom.
– William Reece Smith, Jr., former president, American Bar Association

The ACLU was the first public interest law firm of its kind, and immediately began the work of transforming the ideals contained in the Bill of Rights into living, breathing realities.

We have been at the forefront of protecting freedom and fairness since our founding in 1920.

–  Restoring the balance of powers, which swung too far to the Executive Branch in past
years and trying to uncover the whole truth and seek accountability for torture,
Guantanamo, rendition, and domestic spying
–  Opposing Arizona’s racial profiling law
–  Protecting our most vulnerable
–  Helping students find their voice and stand up for what they believe in
–  Helping all students gain access to quality education 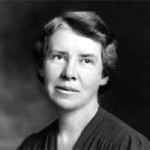 Here in San Diego and Imperial, the ACLU was founded in 1933 by Helen Marston, the daughter of prominent civic leaders George and Anna Marston. The “shy” and “unassuming” Wellesley graduate was nonetheless a fierce fighter. She served as plaintiff in a 1935 ACLU loyalty oath case, and began the affiliate’s immigrants’ rights work. She traveled to Imperial County six times in 1933-1934, defying vigilante violence to advocate for the rights of farm workers to assemble and organize.

Other early ACLU cases in San Diego include challenging the Alien Land Act that prohibited everyone except whites and African Americans from owning land in California; defending folk singer Pete Seeger, who was told he would have to sign a loyalty oath before he could play in a rented auditorium (1960); and litigating a school desegregation case in El Centro, in the only case in the decade after Brown v. Board of Education in which African-Americans and Latinos worked together (1955) on school desegregation.

Watch a video on the History of the American Civil Liberties Union:
https://vimeo.com/9190177