In 2014, the ACLU Border Litigation Project and partner organizations filed an administrative complaint with the Department of Homeland Security (DHS) on behalf of 116 children who had reported abuse while in U.S. Customs and Border Protection (CBP) custody. These complaints detailed, for example, denial of medical care; verbal threats; physical and sexual abuse; and inhumane detention conditions.

Such complaints were consistent with hundreds of similar complaints dating at least as far back as 2008, documented in human rights and immigration policy reports. Some such reports include:

The DHS Office of the Inspector General (OIG), an oversight agency, initially responded that it would thoroughly investigate the 116 complaints. Less than four months later, however, OIG inexplicably closed its investigation.
In response, the ACLU’s Border Litigation Project—a joint project of the ACLU Foundations of Arizona and San Diego & Imperial Counties—filed a Freedom of Information Act (FOIA) request to determine the scope of child abuse complaints and what investigation, if any, the government had undertaken.

The government did not timely respond to this FOIA request. Consequently, in February 2015, the ACLU, along with Cooley LLP, filed suit.
As a result of this litigation, the government has now produced over 30,000 pages of documents from four DHS sub-agencies within DHS: (1) the Office for Civil Rights and Civil Liberties (CRCL); (2) U.S. Customs and Border Protection (CBP), Border Patrol’s parent agency; (3) OIG; and (4) U.S. Immigration and Customs and Enforcement (ICE). 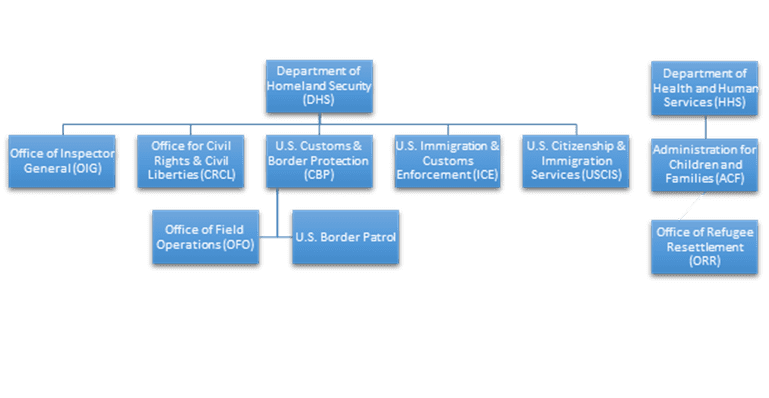 These records show a complete lack of respect not only for the fundamental human rights of thousands of children, but also for the immigration laws and procedures that Congress enacted. They also reflect systemic failures throughout DHS to hold abusive officials accountable.

Here, all records received by the ACLU in the course of this FOIA litigation are organized and published by producing agency.