SAN DIEGO — The American Civil Liberties Union and Cooley LLP today announced an historic settlement in a class action lawsuit, Lopez-Venegas v. Johnson, that alleged deceptive and coercive practices by immigration enforcement officers. Significant reforms to the process known as “voluntary departure” are in effect immediately, including major revisions to the information immigration officers must disclose to people choosing between voluntary departure and a hearing before an immigration judge. The settlement also includes class provisions that, if approved by the court, would allow certain Mexican nationals who have been expelled from Southern California pursuant to flawed voluntary departure procedures over the last several years to seek to reunite with their families here.

The settlement relates to a lawsuit filed in June 2013 in which nine Mexican nationals and three organizations that work with immigrants challenged deceptive tactics used by Border Patrol agents and Immigration and Customs Enforcement (ICE) officers to convince the plaintiffs to sign their own expulsion orders. All of the plaintiffs would have had strong claims to remain in the United States had they gone before an immigration judge instead of being pressured to choose voluntary departure.

“This is a substantial reform of how Border Patrol and ICE do business,” said Sean Riordan, senior staff attorney for the ACLU of San Diego & Imperial Counties. “If the agencies implement the agreement fully, never again should families be driven apart based on immigration enforcement practices that rely upon misinformation, deception, and coercion.”

The complaint in Lopez-Venegas v. Johnson alleged that as a matter of regular practice, Border Patrol agents and ICE officers pressure undocumented immigrants to sign what amounts to their own summary expulsion documents. The procedure is formally known as “administrative voluntary departure,” but is often referred to as “voluntary return,” and has been used to summarily expel hundreds of thousands of non-citizens from Southern California in recent years. Because of the coercive and deceptive tactics immigration officers employ, it regularly results in the involuntary waiver of core due process rights. An individual who signs for voluntary departure forfeits his or her right to a hearing before an immigration judge and is usually expelled to Mexico within a matter of hours. The class action portion of the lawsuit (and settlement) addresses the limited number of persons who were given voluntary departure but would have had strong claims to stay in the United States if they had gone before an immigration judge.

“The United States derives its core strength from embracing the notions of fairness and due process under our Constitution,” said Darcie Tilly, an associate in Cooley LLP’s San Diego office who worked on the project with the ACLU. “We are heartened that this lawsuit should lead to the cessation of these forced ‘voluntary departures,’ the improvement of our critical border patrol policies and practices, and if approved by the court, a procedure for the reunification of aggrieved individuals with their families.”

If ultimately approved by the court, the settlement will provide potentially hundreds or thousands of people who meet the class requirement the opportunity to reunite with family members that they were torn apart from by voluntary departure.

The settlement will also impose key changes to how immigration enforcement agencies handle AVD procedures, including:

The class action lawsuit was filed by the ACLU Foundation of San Diego & Imperial Counties, the ACLU Foundation of Southern California, the ACLU Immigrants’ Rights Project, and Cooley LLP on behalf of the aforementioned plaintiffs, none of whom has a serious or violent criminal background and many of whom were approached by immigration officers while doing routine daily activities, such as waiting for a bus. All of these individuals have close family members in the United States and could have obtained relief against removal from an immigration judge or under Department of Homeland Security programs, but immigration officers affirmatively misstated the consequences of voluntary departure and pressured them to sign their own expulsion documents.

The lawsuit is also filed on behalf of three organizational plaintiffs: the Coalition for Humane Immigrant Rights of Los Angeles (CHIRLA), the Pomona Economic Opportunity Center, and the San Bernardino Community Service Center, which have been forced to divert their scarce resources in response to these unlawful practices.

If the court grants final approval of the settlement, class members who meet the settlement’s criteria—Mexican nationals who signed administrative voluntary departure forms between June 1, 2009 and August 18, 2014 in the San Diego Border Patrol sector and the San Diego and Los Angeles ICE field office areas, and would have qualified for certain forms of relief from removal—will be able to apply to be a class member and seek to return to their families. 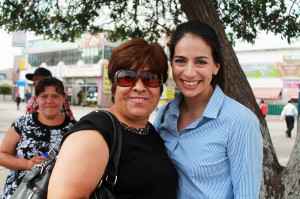 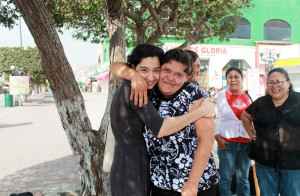 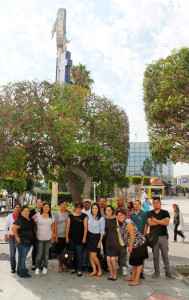 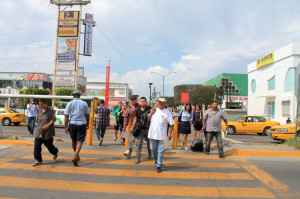 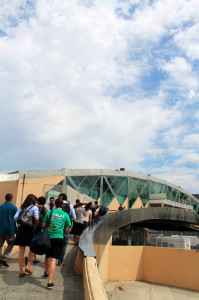 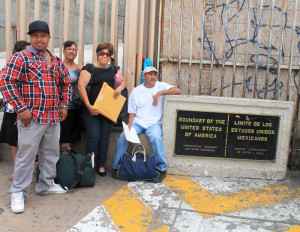 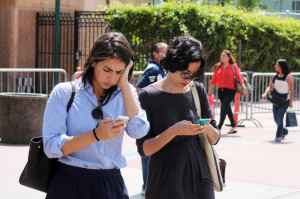 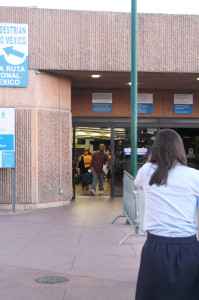 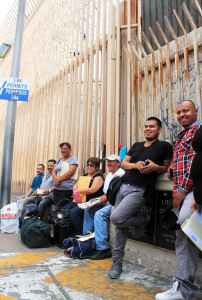 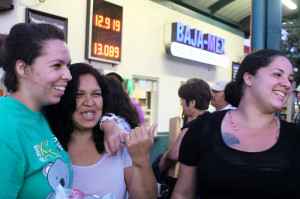